Isn’t getting an identification number from the tax office for the trust subjecting it to statutory laws and thus putting it at risk of getting audited?

Isn’t getting an identification number from the tax office for the trust subjecting it to statutory laws and thus putting it at risk of getting audited?

This question is very important, but it results from statutory thinking. It assumes that somehow the agency that would audit the trust, or try to make it liable for taxes, has full information about it. Statutory trusts that are attorney-created and registered with the state do in fact disclose full information to the state, but House of Freedom International Natural Law Trusts are not attorney created, and they are not registered with the state. Therefore, they remain private, and the information about their assets and officers remains private.

This information is relevant in all countries, even though we will use the United States as an example. The “EIN” means “Employee Identification Number” in the U.S., issued by the Internal Revenue Service (IRS). It is basically the business equivalent of the Social Security Number (SSN) which is issued to individuals. In other countries, there is an equivalent – – a business identification number issued by the national tax office.

Normally this number is used for filing tax returns and paying income taxes. In their clever way, they made it double as an entity identification number for banking. So pretty much worldwide, the traditional banking systems have cooperated with their national tax agencies by making the number for taxes and the number for banking one and the same number.

For understandable reasons, hundreds of millions of people worldwide have found ways to operate outside their respective tax systems, to be independent, private, and free from such requirements. Thus, it is equally understandable that when newcomers to our House of Freedom International Natural Law Trust (NLT) discover that it too must get a tax ID number to open a bank account, newcomers to this topic often feel concerned.

Their concern is that by getting the number, it is returning to the tax system and putting the entity on the radar for tax inquiries, filing tax returns, and audits – – involving penalties if one does not file. But this is a simple misunderstanding. There are different uses for these numbers. On the individual level, those who have learned how to redocument themselves with a higher status in the government databases, learn how to use the SSN as one’s vehicle in commerce, rather than as a tax identification number for oneself. Likewise, for trust contracts, the business number assigned to it can be used simply as an ID number “for banking purposes only”. 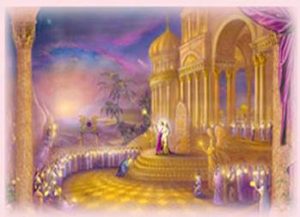 This is not mere theory. It is proven in practice by millions of people. Personally, known to us are several thousand people who have been acquiring and operating our NLT since the 1990s, and to this day we have never heard of a single instance – – in any country – – where an NLT was coerced by any tax agency into disclosing its records or paying income tax. One of the reasons for this is that the tax agencies see it – – if they see it at all – – merely as a “pass through” entity to the ultimate taxpayer.

For American Citizens, there are a few methods for being 100% tax exempt on the individual level. One of these is called the Revocation of Election (ROE). Many people did it incorrectly and failed. But the perfectly correct way of doing it has seen a 100% success rate. At Brilliance in Commerce we refer anyone who is interested to one of the best consultants in America, who has a private service that provides the correct version of the ROE to individuals. Thus far, not a single one of his clients have seen it fail.

So, American Citizens who have completed the correct ROE would not be contacted by the IRS for tax liabilities period – – whether because they are the ultimate pass-through recipient of trust proceeds, or whether they had income from other sources. But even if they had not done the ROE, the trust is still an exception to the filing and paying laws. The IRS might hold the beneficiaries or other trust officers liable for taxes individually, but it will not deem the trust itself as taxable, as they see it as just a pass-through entity, like an LLC.

This gives the operators of an NLT the choice of what to do tax-wise on an individual level, while at the same time giving them a vehicle that has no tax requirements itself.

The fact that real life experiences amongst thousands of people in various countries have successfully demonstrated the complete absence of tax problems with NLTs should indicate to all newcomers that their fears are unfounded.

One of the reasons for this absence of problems, though, has to do with the precision with which we guide our clients in the trust setup and operation, and the acquisition of the ID number. For example, for those who wish to bank in the United States, we provide exact instructions for precisely how to apply for the ID number. Each box has to be checked correctly. Incorrect words must be avoided, and correct words must be given. Thus, it is imperative that trust clients wait until they receive their trust with these instructions before attempting to apply for the number . . . and it is critical that the instructions be followed exactly.

The instructions are almost the same for all countries, with just minor variations. The basic idea is to avoid the wrong words and to use the right words. Once the number is obtained, then a similar protocol must be followed for opening the bank account. Wrong words are to be avoided; correct words are to be used. Then the ongoing operation of the trust must follow certain rules.

These rules are a tiny percentage of the number of rules that statutory entities must follow. It’s like driving a car – – you can go anywhere you want, as long as you stay within the traffic lanes and follow basic driving rules. With statutory trusts, not only do you have to follow traffic rules, but you also are very limited as to where you are allowed to go . . . and you have long lists of regulations to follow and fees to pay. 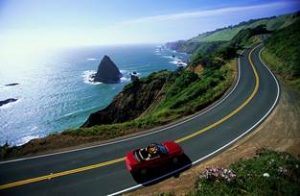 Understanding all this, newcomers must be crystal clear that merely obtaining an identification number from a tax agency does NOT “make the trust subject to statutory laws and risk being audited”. The mere acquisition of the number changes nothing about the jurisdiction or the sovereignty of the trust. It is merely a number for banking only; nothing else.

Further, the information about the trust that is given to the tax agency is extremely minimal. The name and individual tax number of only one human being needs to be given as the “responsible party”, and NLTs allow anyone to play that role. Even if the trust creator himself or herself plays this role, there is no tax consequence by giving this number, because the trust is nontaxable, and the individual responsible party is only an officer of it.

No disclosure is given as to what type of trust it is, except “irrevocable”. Thus, other than that, no information is given to the tax agency as to the structure of the trust, the laws on which it is based, who the trust officers are, what its assets are, on whose behalf the assets are being held, or any other information. For all they know, this trust entity might be one created by a member of the elite. Therefore, the tax agencies generally remain quiet, hands-off, and noninvasive.

If a would-be attacker were to contemplate attacking such a trust, how would it do so without having full information about exactly whom it is attacking? Without knowing everything about the trust, it could not mount an intelligent attack. That is one of the reasons these trusts are safe. They operate under the international and universal right of private contract, and they exercise their right to keep most of their information private.